I was 23 years old, I had just finished two college degrees, and I was looking forward to starting my third at a university in Madrid when I was diagnosed with a tumor in one of my vertebrae that required emergency surgery.

I had spent my summer in the United States practicing English, and during that time I had experienced some back pain. When I landed back home in Spain, I was expecting the diagnosis to be quite simple: I had strained my back carrying my suitcase during my trip. That wasn’t the case, but after three weeks of testing and five very painful biopsies, the results were promising and the tumor seemed to be benign. I underwent surgery. Eight weeks after the procedure, I felt emotionally ready to move to Madrid and tackle my journalism degree. Physically, recovery would take longer, and it wasn’t until seven months had passed that I started feeling like myself again.

I finished my degree and became the editor of specialized magazines, first on industrial products and later on fashion. I had the opportunity to travel to cosmopolitan cities to attend fashion shows, but I knew I could do something more meaningful than focusing on trends.

In order to redirect my career toward social justice, I decided to apply for a master’s degree in political science at Suffolk University. After graduation I landed a job at the Spanish-speaking TV station Univision in Boston, first as a reporter and later as a producer and anchor. I came to understand which issues Latinos in Massachusetts cared about, and after five years of covering a wide range of topics, including immigration, educa-tion, and health, I knew where I could make a real difference.

I realized that because Spain has universal health care, I never had had to worry about whether I would be able to afford the surgery or treatment associated with my tumor. After a few years in the United States, I understood that there was a lot of work to be done to improve access to the health care system. That took me first to the Massachusetts Department of Public Health, where I worked to educate minorities in the state about how to get and stay healthy.

In 2012, I joined the nonprofit organization Health Care For All (HCFA), a key advocate in the passage of Chapter 58, the health care reform law that brought Massachusetts closer to universal health care and served as a blueprint for the Affordable Care Act, also known as Obamacare. When I started working at HCFA, I got to know Rosemary, a woman in her 20s who had been diagnosed with breast cancer while living in Washington, DC, and couldn’t afford health insurance to cover the treatment.

At the time, the ACA had not been implemented yet, and Massachusetts was the only state in the country that offered options for residents who could not afford private insurance. Rosemary moved here to be able to get the treatment she needed to fight the cancer. She was a very private young woman, yet she decided to become a voice for the organization I work for and talk about how health care reform in Massachusetts had literally saved her life. Her words were especially powerful the day the Supreme Court upheld the ACA. At a press conference, she shared the story that she colors one piece of her hair and changes the color often to make sure that she won’t ever take for granted again simple things such as having hair.

That was the moment I knew I was doing what I wanted to do. I had been diagnosed with a tumor when I was in my 20s as well, but Rosemary put things into perspective and made me realize how fortunate I had been. The tumor in my back was benign, and I hadn’t faced any problems with my coverage because European countries have universal health care.

Now I invest my time and effort to build up a health care system that is more about patients than bills. Now I work for all the Rosemarys out there.

Illustration by Sarah Wilkins
Issue Contents Back to Top 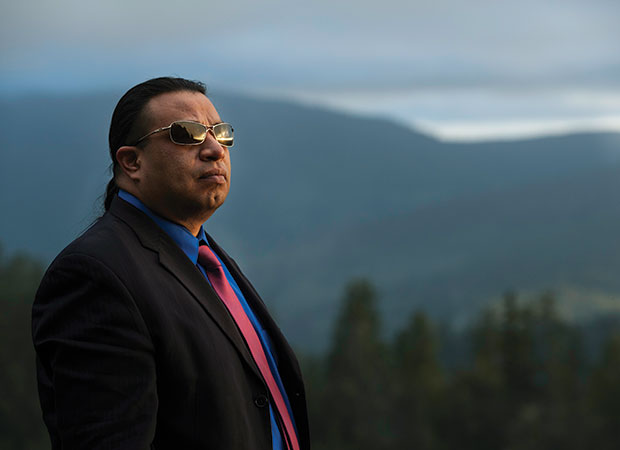 For Javier Kinney JD ’04, self-governance director for California’s largest Indian tribe, the path to sovereignty is paved with asphalt.