Here's Looking at You

“Real art,” writer Susan Sontag once said, “has the capacity to make us nervous.” Its ability to also provoke thought and discussion is what Suffolk professor Gregory Fried had in mind with The Mirror of Race: Seeing Ourselves Through History, a vintage photography exhibit that ran this spring at Adams Gallery in Suffolk Law School. Fried created the project with Greg French, owner of an extensive private collection of early American photographs dealing with race, and musician/ storyteller Derek Burrows, whose work is inspired by traditions of the African diaspora. The exhibit, which depicts such subjects as former slaves, Civil War-era soldiers, and even a pair of fully hooded Ku Klux Klan members, centers on French’s 19th-century daguerreotypes, in which an image is printed on a silver–coated copper plate, giving the impression of a mirror. This allows visitors to see themselves while looking at those in the photograph. “The metaphor is by looking at other people, can we also examine ourselves?” says Fried, who chairs the University’s philosophy department. 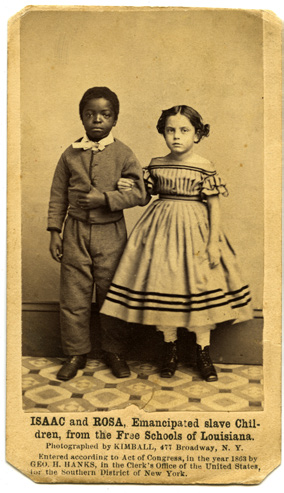 Also presented as an interactive website, mirrorofrace.org, which The New York Times called “remarkable,” the project’s goal, Fried says, “is to encourage productive conversations about race. I think we have a very wonderful project here and we have very interesting content, but it’s always surprising to find out that what you’ve been working on for so long has a resonance with a broader public.” 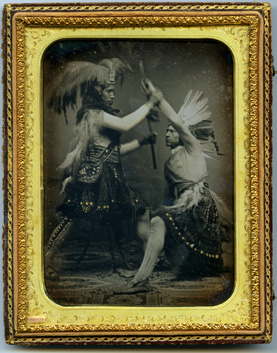