Exactly in this place

It was stormy and the palm fronds scratched at the window. “I feel like I’m in prison. Do all the beds in this hotel have bars?” His hands, still powerful, shook the safety bars on each side of him.

“Yes, they do, Dad. We all have them.” I rested my hand on his forehead to calm him and turned up his favorite opera. With his sleeping pill, he would doze soon enough. He gave my hand a goodnight kiss. “See you tomorrow morning. It’ll be a good one.” I looked at the baby monitor. The blinking light was on, our nightly lifeline.

I stood outside his room a minute listening to the music—Italian and mournful—eyes closed, gathering my tired thoughts. Getting old makes you crazy—no, loopy. My father was loopy, not crazy. He asked me every day whether he’d be kicked out because he couldn’t pay the hotel. “Remember, I can’t get far with my one leg.”

No point arguing. “Remember Dad,” I said. “This is my hotel and you can stay as long as you want.” He always liked hearing that.

His heavy breathing and the opera jumbled together, wafting through the crackling receiver in my bedroom across the house. I lowered the volume, but not too much. That was the sound that helped me sleep, knowing he was safe, even as age stiffened his mind and criss-crossed his thoughts.

I had been shouldering that heavy white bag around Madrid for nine hours. We had flown in from Miami, our flight to Tel Aviv leaving later. An airport bus dropped us in the Spanish capital with time to kill. We had omelettes, fresh bread, olives, and Rioja at a cafe. My father had loved Madrid, with its elegant avenues, fountains at every turn, and leisurely lunches. We strolled the storied Crystal Palace and a glossy, white art museum. We headed back to the airport.

At security, before any questions, I handed the guard my letter. He read it, looked at me, and then handed it to a soldier, who peeked inside the white bag, lifting the lid of a box inside it. “Where are you going with this?”

“To Jerusalem,” I said. He made me nervous. He read the letter again and swept us through.

The cab took us to Hebrew University on Mount Scopus, my hand resting on the white bag. I had not been here since I was 12, with my father. He adored the place, high up, overlooking the sweep of Jerusalem spread below, the Wailing Wall and golden dome of Haram al Sharif just distant specks.

A pink-gold Jerusalem light bathed the dusk. Wild rosemary and other scrub grew there and groves of ancient cypress hugged the hillside, rocky paths winding though them. Tabachnik National and University Park, the sign read. We were alone.

We picked a windswept cypress tree throwing shadow on fragrant, prickly brush. It was not a gentle, meek place, but neither was our father nor this country he loved. We were told we could honor him, but to be subtle about it. There were no laws against it—in fact, there were no laws at all, since Jews and Muslims do not cremate or scatter. We knew that. We were Jews, but we had a father who, damn it, made clear he wanted exactly this, exactly in this place.

I opened the box as the others looked on. I gently emptied the ashes under the tree and the breeze scattered them. His son sat on a rock and wept, torn by what we had done and missing his father. I stood up, said a few words of comfort, and looked over the city below. I had to smile. He would have loved this, I told them.

The white bag was empty now, light on my shoulder as we walked up the hill. 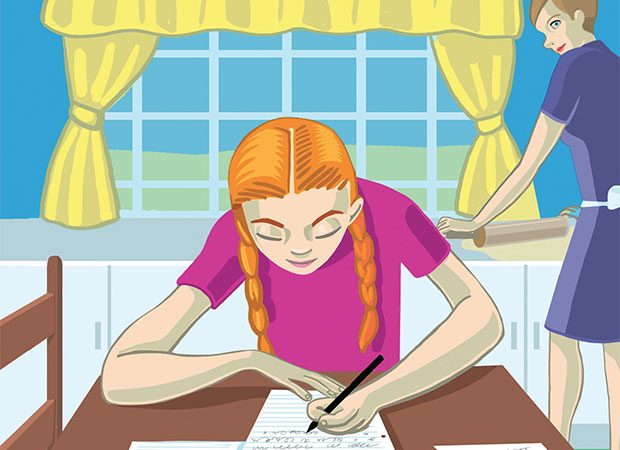 Back Story A Starr is Born