When a tip about Starbucks overcharging Massachusetts customers came into her office three years ago, Barbara Anthony acted fast. She sent her staff out for coffee. Off they went to more than a dozen cities and towns to buy half-pound bags of the chain’s roasted beans. Her inspectors quickly spotted violations. Prices were not posted for the smaller-sized bags, yet consumers were paying an undisclosed “rebagging fee” of $1.50 that amounted to an illegal surcharge. The offending stores were fined.

But Anthony, an economist and a former state and federal prosecutor who has spent much of her career in government defending consumer rights, didn’t leave it there. She wrote to the CEO of Starbucks that the surcharge violated state law. By the time Anthony’s department, the Massachusetts Office of Consumer Affairs and Business Regulation, made the case public in November 2011, she had a written promise from Starbucks to drop the fee in all U.S. stores.

“That was a great outcome,” says Anthony who, as the department’s undersecretary, manages five state agencies that help oversee virtually every aspect of business in Massachusetts. “Our website got hits from around the world. It sends a broader message and bolsters the credibility of the office.”

Beth I.Z. Boland, a partner at Foley & Lardner who represented Starbucks at the time, complimented Anthony’s style. “Barbara wasn’t trying to make someone’s life miserable or score political points,” she says, “but to work on an outcome that was tough but, at the end of the day, everyone could live with.”

The Starbucks case epitomizes Anthony—quick to act, forceful, and intent on results that protect people’s wallets. The issue might be disclosing coffee bean prices one moment, or requiring the state’s healthcare industry to reveal prices for medical services the next. The goal, Anthony says, is never “to hassle businesses or interfere with market forces,” but to ferret out violations, respond to citizen complaints, and spread the gospel of honest disclosure, from price tags down to fine print.

“I am first and foremost a public interest lawyer looking to make change when the marketplace has failed,” says Anthony, whose accolades include Suffolk’s Outstanding Alumni Achievement Award in 2011. “I want Massachusetts consumers to know they have a strong advocate on the beat.”

Since taking over the job in 2009, Anthony has raised the profile of her office by focusing on a maze of issues, among them housing foreclosures, healthcare costs, data security, and identity theft. Her five agencies, which cover banks, insurance, weights and measures, professional licensure, and telecom and cable, have returned $56 million to consumers and taxpayers through awards, settlements, fines, and refunds. Her office has also exposed an array of online and telephone scams and other suspect practices, and held “consumer/shred days” in various communities to educate residents and encourage them to destroy sensitive material. She has issued scores of advisories to help consumers navigate the market for home repairs, vacation rentals, prepaid credit cards, and other products and services. An Anthony press release might warn, “Consumer alert: Buy Bitcoins at your own risk.”

Anthony is also eager to highlight an industry that is performing up to par. A pre-Christmas press release in 2012 noted that retail price-scanner accuracy averaged a very strong 99.56 percent statewide. Only a few businesses were fined for falling below the mandated 98 percent threshold.

Jon B. Hurst, president of the Retailers Association of Massachusetts, works with Anthony on issues like health insurance, item pricing, and consumer protection. “I know that when we go in to see her, we’re going to be treated fairly,” he says. “Barbara always takes an objective approach to every issue, and in today’s state government, that’s refreshing.”

Medford, Massachusetts, Anthony’s hometown, is steeped in working-class Italian traditions and replete with restaurants and bakeries that once drew the likes of Frank Sinatra and the boxer Rocky Marciano. Anthony has that heritage embedded in her DNA. Among the first in her family to graduate college, she credits her parents, her Catholic schooling, and her extended Italian-American family with giving her tenacity (her cousin Patrick Coppola calls her “the feisty one of us”) and a strong sense of justice. Her late father, an amateur boxer who worked in retail management, was a World War II combat medic who served at Normandy and across Europe. On Memorial Day, she tweeted, “Thanks, Dad, for your and all of your buddies’ brave service for all of us.” Her mother, an executive secretary at Polaroid, “gave me the drive to do good, to excel, and not to shrink from challenges,” she says. Anthony spent 12 years in a parochial school, Saint Clement, where the motto is, “Not for oneself, but for others.” There, she “developed keen study habits,” learned the classics, played basketball, and, she says with a laugh, “couldn’t get away with much.”

She and her younger sister Dolores, known as “Dolly,” were part of a family that reminds Anthony of the 1987 movie Moonstruck, starring Cher.

After taking her current position, Anthony created a bimonthly cable access television program, Consumer Affairs With Barbara Anthony, shown in 80 communities. Anthony urges viewers to call her office, promising they will “get a real, live person, no voicemail hell.” While her schedule is taxing, she has found time to take up fitness boxing, play golf, and help form a book club. For a break, she says, “I really like a good game of poker with my cousins on a Saturday night and opera at the Met in New York.” She lives in Cambridge with her life partner, Arlie Costine Scott, an attorney who was the first national-action vice president of the National Organization for Women. “Her sense of fairness and justice have influenced my perspectives as well,” Anthony says.

Anthony, who has a master’s in economics from Northeastern University, says her work in the women’s movement led her to Suffolk Law School. “I wanted to make a difference,” she says, “and I found my legal bliss,” which was antitrust law. She chose Suffolk because of its “reputation for practical and rigorous legal training and orientation toward public service,” and she still embraces the Suffolk community. Along with her teaching partner, Donna L. Palermino, Anthony created and has for 15 years co-taught the Suffolk course Consumer Law and Business Regulation.

Anthony spent the first eight years of her career as a trial lawyer in the Antitrust Division of the Justice Department. Later, from 1991 to 1999, she was chief of the Public Protection Bureau for the Massachusetts Attorney General’s Office. She oversaw 130 lawyers, investigators, and mediators, and managed a dizzying range of issues, including civil rights and environmental protection, oversight of utilities and public charities, antitrust matters, and handgun regulations. She took on “fly-by-night mortgage companies” that teamed up with unscrupulous contractors to strip equity from elderly and minority homeowners. “People’s homes were being foreclosed left and right,” she recalls. “Our office needed time to investigate and prosecute.” She asked every lender doing business in the state for a 90-day moratorium on foreclosures so her office could act, and she was pleased when they all agreed voluntarily. The Massachusetts Legislature later passed a bill imposing a 100-day moratorium, she says, “but ours was the first, and I was very proud of that.” Her cases ended with settlements that returned tens of millions to homeowners and restructured hundreds of loans.

Her boss at the time, former Attorney General Scott Harshbarger, says Anthony’s work “set the tone for what we did as an office.” He adds, “She’s organized and disciplined, and she has always used the power of the office to help the powerless.”

Everything is on the Table

Anthony returned to federal work as regional director for the Northeast Regional Office of the Federal Trade Commission (FTC), in New York City, from 1999 to 2007. Her office was four blocks from Ground Zero. “After September 11, our office was closed for two weeks because of its location,” she recalls. Nonetheless, she rallied the staff at an alternate site and, along with other consumer protection agencies, “held a huge press event in Midtown nine days after the attacks to warn New Yorkers about scams popping up as fake charities to take money from people who wanted to help.” Her office earned an award for meritorious service from the FTC for its post-9/11 work. “For me, terrorism is not some abstract concept,” she says. “It’s very real, I lived it, and I am an unabashed patriot on that score.”

For now, Anthony has turned her laser focus to consumer rights in her home state. A day with her is a whirlwind of advocacy, including staff meetings, television and radio appearances, sessions with business leaders and consumer activists, scam alerts, and updates from her survey teams, which initiate reviews and chase tips to see if a problem is indeed widespread. On an August morning, staffers discussed the results of spot checks on whether supermarkets near the temporarily closed Market Basket grocery stores were price gouging. Asked about the case, Anthony was circumspect: “We don’t have enough information yet,” she says. “We have to be careful about hurting a business’s reputation.”

At an afternoon meeting, Anthony reviewed a daunting list of projects, including a survey on the reliability of a dozen large crowd-funding websites. Anthony had three people on the case and a small team of legal interns. Also on the agenda were a review of cell phone fees and travel booking rates, and a major media effort alerting the public that health insurers and providers in Massachusetts are legally required to disclose the costs of medical procedures by toll-free number and on the Internet. Anthony was a force behind the law, the first of its kind in the nation, which is intended to encourage consumers, especially those with high-deductible insurance plans, to shop around for the best values. (Prices for MRIs, for example, vary greatly from one provider to another.) Appearing on the WGBH-TV program Greater Boston that evening, she explained the rationale: “I don’t know how to make a computer or build an automobile, but before I buy one, I investigate and compare price and quality among several brands. We want consumers to start thinking this way about their healthcare decisions.” Anthony has been pivotal in Governor Deval Patrick’s overall efforts to rein in state healthcare costs. In 2010, those initiatives were credited with halting a trend toward annual increases in health insurance premiums that had soared over 10 percent. By 2013, she says, increases were 2 percent to 4 percent.

Anthony weighed running for attorney general earlier this year but ultimately decided “to remain in the job I love and complete my term with the governor.” In 2015, she says, “everything is on the table,” including elected or appointed office, academia, consulting, or the private sector. “I have been very lucky in my career, in that I’ve had enormous fun and been able to make serious contributions to the public welfare,” she says. “Who could ask for more?”

About the author: Tom Mashberg

Freelance journalist Tom Mashberg is a former editor and reporter for the Boston Herald and Boston Globe. He is a regular contributor to the New York Times culture section, focusing on art and antiquities controversies. He is the recipient of a 2014 McGraw Fellowship in business reporting from the City University of New York. 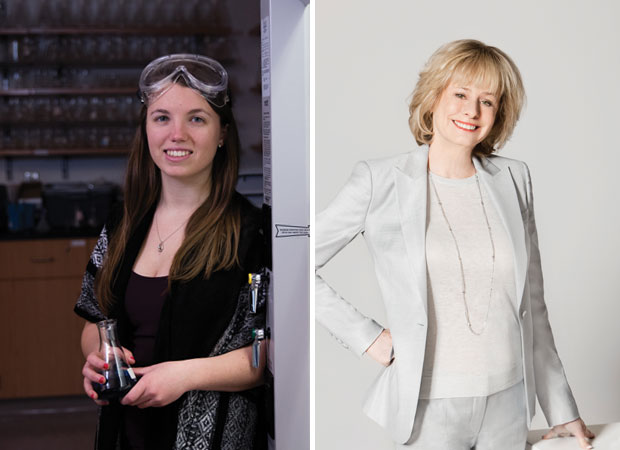 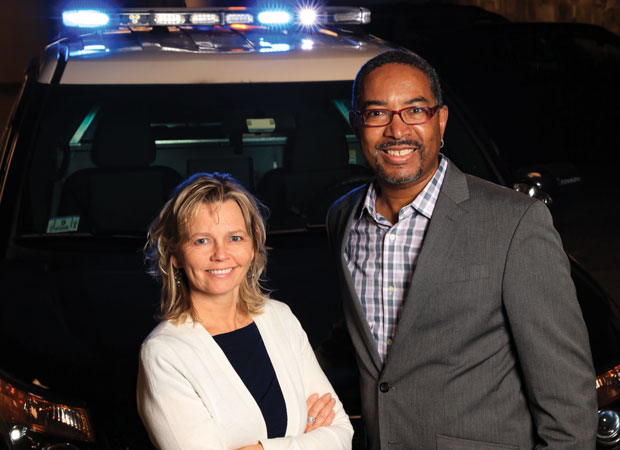 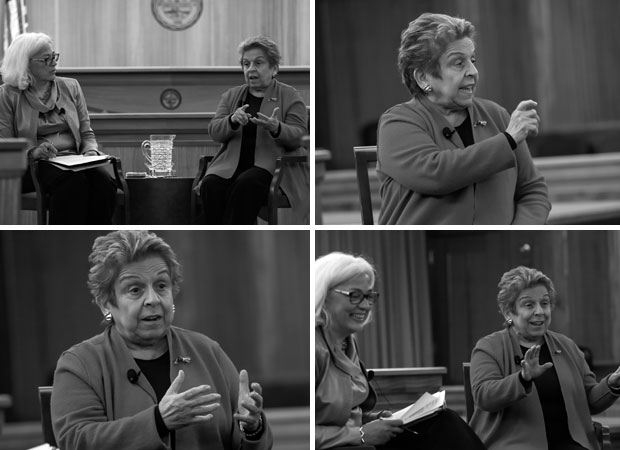 Bill Clinton’s HHS Secretary has a prescription for healthcare: nonpartisanship.