It’s a bright May morning at the Blue Hills Bank Pavilion along the Boston waterfront, and Joseph Hooley, chairman, president, and CEO of one of the world’s leading providers of financial services, delivers this message to 736 graduating Sawyer Business School students: “Put down your devices. Tune out now and then.”

That afternoon at the same venue, Kate Walsh, president and CEO of the largest safety-net hospital in New England, tells 851 graduating College of Arts & Sciences students, “Life is not on your phone screen. . . please look up, look around, appreciate the world around you.”

When the leaders of a Fortune 500 financial company like State Street Corporation and a nonprofit teaching hospital such as Boston Medical Center independently share the same advice, it is likely part of a larger conversation. Sure enough, the same month, a series on NPR’s All Things Considered suggested that “technology is taking us away from our memories.” Kainaz Amaria, a photographer on NPR’s visual team, said “We are overwhelmed and consume so many digital images,” but she also believes that “actually taking the time to print them out is going to solidify that memory.” And, she suggests, taking pictures makes us more engaged in the world: “[w]hen we’re making images as photographers . . . we’re living that moment. It’s not passive.”

In an age when a means of preserving the past has also become a way to live in the present, the adage that “A picture is worth a thousand words” takes on added currency.It also inspired this special edition of Suffolk Alumni Magazine (SAM), which begins with three accomplished photographers who are Suffolk graduates.

Growing up in New Orleans, William Greiner MBA ’86 developed his passion for photography while engrossed in the pages of Sports Illustrated. At 19, he was one of the youngest photographers for an NFL team, the New Orleans Saints. In 1991, legendary curator of photography John Szarkowski acquired three of Greiner’s images for the Museum of Modern Art. Greiner’s work can today be found in leading museums across America. MOMA Department of Photography Curatorial Fellow Drew Sawyer puts Greiner’s career in context: “Building on the work of Eugène Atget, Walker Evans, Robert Frank, and Williams Eggleston, Greiner’s often surreal images of the quotidian extend a tradition in 20th-century photography that John Szarkowski helped define through his pioneering exhibitions and acquisitions at the Museum of Modern Art.”
Tokyo native Keiko Hiromi BA ’04 developed her interest in photography as a student at Suffolk, and her local ties remain strong. The Massachusetts Cultural Council awarded her a 2013 artist fellowship, citing her entry’s “compelling images and exemplary use of color and framing.” Jason Landry, the owner of Boston’s Panopticon Gallery, which represents Hiromi’s work, says, “Whether she is photographing her friends and neighbors or a remote village in Liberia, Keiko Hiromi looks to capture the essence of life. I truly believe that she leaves behind a spark of positive energy in her wake.”


To assess the work of up-and-coming Brooklyn-based photographer Victoria Masters BFA ’04, SAM called upon Elsa Dorfman, the Cambridge photographer famous for the 20'' x 24'' Polaroid portraits she has been taking since 1980. Dorfman’s take? “Victoria Masters yields a wicked camera. She makes the lens smile. It is easy to catch on to her sense of humor,” yet there is “no making fun of her subjects.” She notes that Masters “is not shy about her sense of color or fashion” and wonders, “Did she get the subtleties from scrutinizing Beacon Hill AND Coney Island?”

Greiner’s, Hiromi’s, and Masters’ stories are told through their work and their words (in keeping with our theme for this issue of SAM, a thousand or fewer). You’ll also meet students like Yumeng Cheng ’15, who applies a designer’s eye for detail to her photography, and Elle DioGuardi ’15, who gets professional advice from an acclaimed conceptual artist and photographer. And you’ll sit in on a class of the instructor who has been inspiring Suffolk students to pick up a camera, and often pursue the field professionally, for more than 30 years.

Our Image Issue arrives amidst a wider dialogue about the role of photography in a digital age. “The reason we wanted to have this conversation . . . is that you can enjoy the ephemeral nature of our age BUT you can curate what you want to hold on to,” NPR’s Amaria told SAM. “When I’m behind the camera, I’m actively thinking about what I want to capture. I’m composing, editing, moving, and most importantly, I’m present in the moment.”


Today, photography is not only about observing—it’s about participating. As State Street’s Hooley reminded Suffolk’s newest alumni, “Relationships can be enhanced and enriched by the digital world, but relationships can’t be supplanted by technology. . . life is way too short to just go through the motions.” 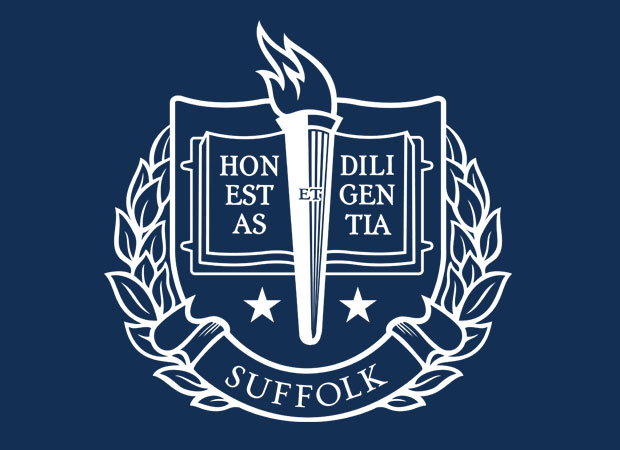